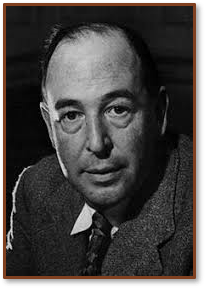 There is one thing, and only one, in the whole universe which we know more about than we could learn from external observation. That one thing is Man. We do not merely observe men, we are men. In this case we have, so to speak, inside information; we are in the know. And because of that, we know that men find themselves under a moral law, which they did not make, and cannot quite forget even when they try, and which they know they ought to obey. Notice the following point. Anyone studying Man from the outside as we study electricity or cabbages, not knowing our language and consequently not able to get any inside knowledge from us, but merely observing what we did, would never get the slightest evidence that we had this moral law. How could he? For his observations would only show what we did, and the moral law is about what we ought to do. In the same way, if there were anything above or behind the observed facts in the case of stones or the weather, we, by studying them from outside, could never hope to discover it.
The position of the question, then, is like this. We want to know whether the universe simply happens to be what it is for no reason or whether there is a power behind it that makes it what it is. Since that power, if it exists, would be not one of the observed facts but a reality which makes them, no mere observation of the facts can find it. There is only one case in which we can know whether there is anything more, namely our own case. And in that one case we find there is. Or put it the other way round. If there was a controlling power outside the universe, it could not show itself to us as one of the facts inside the universe- no more than the architect of a house could actually be a wall or staircase or fireplace in that house. The only way in which we could expect it to show itself would be inside ourselves as an influence or a command trying to get us to behave in a certain way. And that is just what we do find inside ourselves. Surely this ought to arouse our suspicions. In the only case where you can expect to get an answer, the answer turns out to be Yes;
Lewis, C.S. Mere Christianity. New York: Macmillan, 1960.