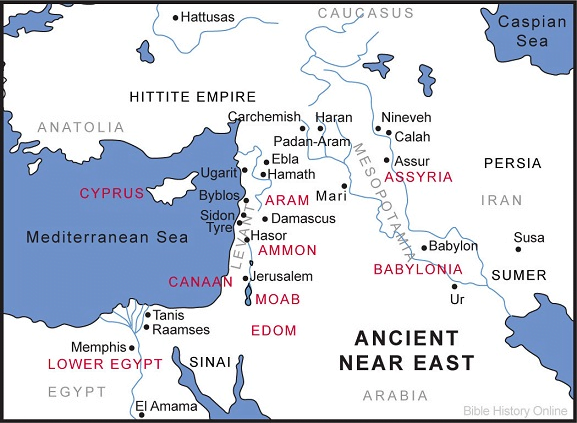 Uncertainties and Pitfalls of Prophetic Teaching

The teaching of prophecy is falling out of favor in the modern church in America, and the rest of the western world, because of the tremendous emotional baggage such teaching carries with it. Pastors of churches founded on the “Purpose Driven” principles of Rick Warren, and other church-growth-focused church models are discouraged from teaching on the various prophecies found in God’s Word, because they don’t want to “turn people off” with messages that make folks uncomfortable. But every pastor who takes on the leadership of a Christian flock has a solemn obligation to teach the full counsel of God’s Word, without “cherry-picking” the parts that are pleasant to hear while skipping over the parts that make us uncomfortable.

Paul wrote of this in his final letter to Timothy.

1I charge you therefore before God and the Lord Jesus Christ, who will judge the living and the dead at His appearing and His kingdom: 2Preach the word! Be ready in season and out of season. Convince, rebuke, exhort, with all longsuffering and teaching. 3For the time will come when they will not endure sound doctrine, but according to their own desires, because they have itching ears, they will heap up for themselves teachers; 4and they will turn their ears away from the truth, and be turned aside to fables. 5But you be watchful in all things, endure afflictions, do the work of an evangelist, fulfill your ministry.

Ever since the announcement of the new US foreign policy with regard to Syria and the Levant a few weeks ago, God has placed a heavy burden on my heart to teach about it in relation to some of the prophecies we find in His Word. This is uncomfortable for me, and I’m sure it is uncomfortable to those who follow my Bible teachings. But I must obey the leading of God’s Spirit speaking to my heart. Why is it so hard to do this?

31Heaven and earth will pass away, but My words will by no means pass away.
32“But of that day and hour no one knows, not even the angels in heaven, nor the Son, but only the Father. 33Take heed, watch and pray; for you do not know when the time is.

1Let not your heart be troubled; you believe in God, believe also in Me. 2In My Father’s house are many mansions; if it were not so, I would have told you. I go to prepare a place for you. 3And if I go and prepare a place for you, I will come again and receive you to Myself; that where I am, there you may be also.

Ezekiel 38-39 – The Prophecy Against Gog of Magog

Recall from our recent study in Hebrews that Israel’s judge – Jephthah – defeated the Ammonites in battle. In that study, we noted that the descendants of the Ammonites are the modern day Syrians (see map handout). During that study, we also noted God’s promise in Ezekiel 25:1-14, that one day, “… I will deliver you [Ammon] as a possession to the men of the East.” Has President Trump unwittingly (or perhaps wittingly) aided the fulfillment of this prophecy by withdrawing the US military presence in Syria?

In studying the prophecy, I will try to keep my comments minimal, and simply let the prophecy speak for itself. As we read the whole prophecy together it will be very informative to look at some of the names we find in it as we go along.

Gog – Gog is not a name, but a title like Abimelech, Pharaoh, Czar, Kaiser, King, or Prince. The Hebrew word גּוֹג Gowg literally means mountain, but we can think of it as “Prince” or “King”

Magog – The Hebrew מָגוֹג Magowg is the name of one of Noah’s grandsons – the second son of Noah’s son Japheth. The name is also used to refer to the area where Magog’s descendants lived – the mountainous region between Cappadocia and Media. See the map handout of the ancient Median empire. This is the area of northern Kurdistan in eastern Turkey. It is also the area of the headwaters of the Euphrates River, and the mountains of Ararat where Noah’s ark came to rest after the flood.

Meshech – Another of Japheth’s sons. The name מֶשֶׁךְ Meshek is also used to refer to his descendants – in particular the people who live on the borders of Colchis and Armenia in far eastern Turkey.

Tubal – Another of Japheth’s sons. The name תֻּבַל Tuwbal also refers to a region in eastern Turkey near ancient Cappadocia.

Rosh – Although capitalized in many English translations, the Hebrew word רֹאשׁ ro’sh simply means chief, head, or leader. I have heard it preached that Rosh is a reference to Russia, and that Meshek is a reference to Moscow, but I find no Biblical basis for this teaching, and believe it to be false.

Gomer – This is a name that is reused in the Bible. In this case it most likely refers to גֹּמֶר Gomer – the eldest son of Japheth. The descendants of Gomer also dwelt in Asia Minor in the region of modern Turkey.

Togarmah – The descendants of Gomer’s son תֹּגַרְמָה Towgarmah who settled in the area of Armenia in the far east of modern Turkey.

Sheba – שְׁבָא Shĕba’ is another name that is found in multiple contexts, and it is difficult to discern precisely which of these is intended in Ezekiel’s prophecy. Sheba is the name of one of Noah’s great-great-grandsons – descendants of Ham’s son Cush. The name in Ezekeil may refer to the land settled by Sheba’s descendants after God scattered the nations following the destruction of the tower of Babel built by Cush’s more renowned son – Nimrod.

Dedan – דְּדָן Dĕdan was Sheba’s brother, and the name here in Ezekiel may refer to the area settled by his descendants in southern Arabia around modern day Yemen.

Tarshish – The exact meaning of the name תַּרְשִׁישׁ Tarshiysh in Ezekiel’s prophecy is also uncertain.

25For I do not desire, brethren, that you should be ignorant of this mystery, lest you should be wise in your own opinion, that blindness in part has happened to Israel until the fullness of the Gentiles has come in. 26And so all Israel will be saved, as it is written:

“The Deliverer will come out of Zion,
And He will turn away ungodliness from Jacob;
27For this is My covenant with them,
When I take away their sins.” [Isaiah 59:20-21]

The prophecy of the Gog of Magog war is particularly disturbing for us who have lived our entire lives under the threat of nuclear annihilation, especially when we consider the presence of the US nuclear arsenal at Incirlik Air Base in Adana, Turkey which is under imminent threat of seizure by Erdogan’s army. Nevertheless, as Christ followers we must always remember that none of this comes as a surprise to our God who has known and directed the final outcome since before He spoke our universe into being. Furthermore we should always keep in mind His reassurances to us – His beloved children.

For I know the thoughts that I think toward you, says the LORD, thoughts of peace and not of evil, to give you a future and a hope.

38For I am persuaded that neither death nor life, nor angels nor principalities nor powers, nor things present nor things to come, 39nor height nor depth, nor any other created thing, shall be able to separate us from the love of God which is in Christ Jesus our Lord.

The destruction of the forces of Gog of Magog are only a stepping stone along the way to the final fulfillment of God’s plan for His creation that will culminate in what the prophet Joel called “The Day of the LORD.”