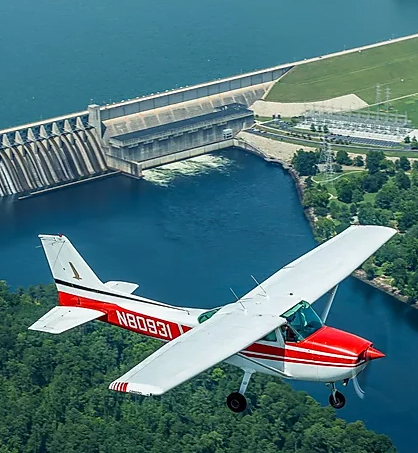 In 1974, shortly after arrival at my first US Air Force “permanent” duty assignment – Eglin AFB, FL – I began taking flight lessons in preparation for certification as a private pilot. After logging a little over ten hours, I made my first solo flight while on leave for Christmas at Holloman AFB, NM. But after returning to Eglin, I found I couldn’t make the rent, the car insurance, the power bill, etc. unless I gave up flying.

When my Mom died this last January, I began to consider how to best conduct the remainder of my life. I decided, I’d better get about the business of doing some of the things I’ve always wanted to do. So this spring I began (re)taking ground school at Augusta Aviation in Augusta, GA. I also applied for the required FAA Class 3 medical certificate. The medical certificate is required before a student pilot can fly solo flights. It took months of back-and-forth with the FAA due to some vision issues I had a few years ago (retinal flashes), and my ongoing treatment for ocular hypertension. But I finally received my medical certificate last week and scheduled myself for my first training flight in more than forty-five years this afternoon.

Despite my father’s sage advice years ago, I informed my flight instructor that I had a little previous flying experience – along with lifelong exposure to the flying community through my fighter pilot Dad and my own twenty-year Air Force career. I’m happy to say that I haven’t forgotten everything I learned during my training all those years ago – just most of it. Perhaps that’s not such a bad thing. I don’t have too many bad habits that have solidified into “muscle memory” which need to be unlearned. The flight went well. After basic (re)indoctrination into flight procedures and radio call procedures and an hour or so doing baby step maneuvers – climbs, descents, shallow turns, climbing and descending turns, power-off slow flight simulating a landing approach – over Clark’s Hill Lake, we returned to our starting point – Daniel Field – in Augusta. My instructor pilot’s knuckles had returned to a healthy color by that time, and he allowed me to fly the airplane almost down to touchdown.