After we agreed with Casey on a date to start the build, he remarked “Y’all have some homework to do!”

I also wanted to gather up the over 400 cinder blocks we brought up from Sue’s raised garden beds in Aiken. When we brought them, we stacked them along the bank going down to the lake with the intent to use them to build retaining walls. I wanted the builders to use them for the addition instead, so I gathered and stacked them near the job site. The job was all a fat old man could do, and took several days, but I got it done.

Next we needed to empty and dismantle the woodshed. In addition, we needed to cut up and split several large trees removed from a neighbor’s building site that a friend had been kind enough to drop off with his dump truck a few months ago. It took over a week working pretty much all day every day to get this job done, and to get all the firewood stacked as neatly as possible behind the house out of the way of the building project. There were also several large rotten logs stacked along the top of the bank as an erosion control. We had to pull them out, chop them up, and burn them. This took another several days. Finally though, all the site preparation work was complete. 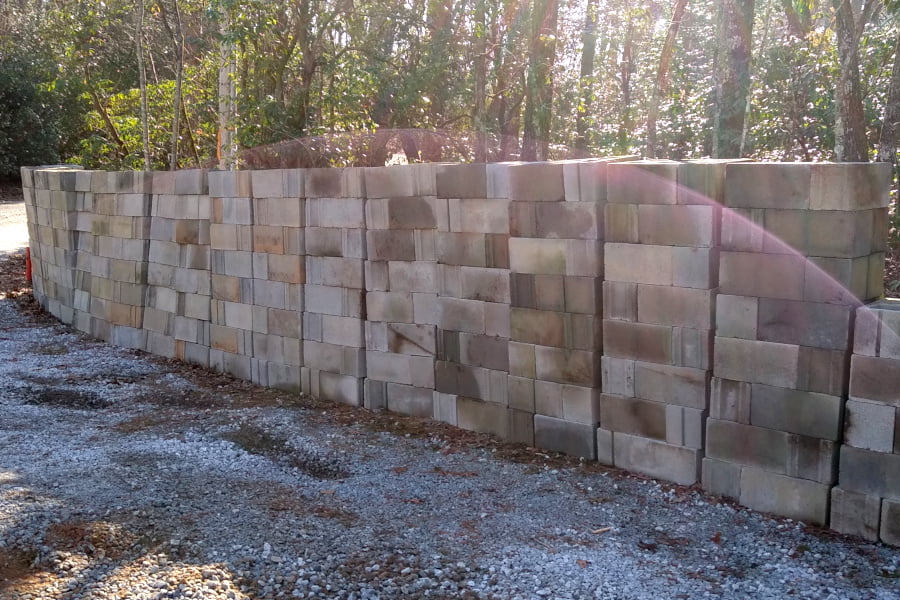 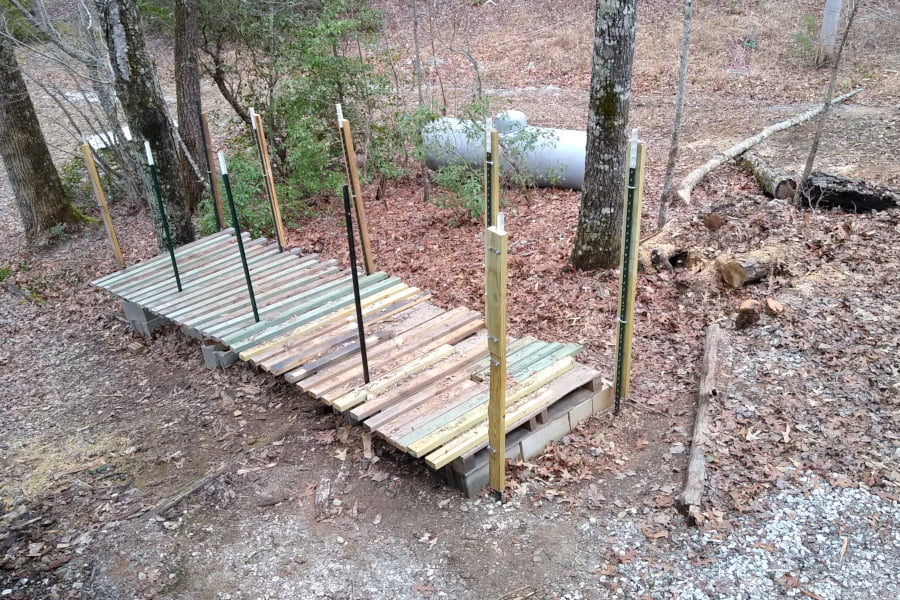 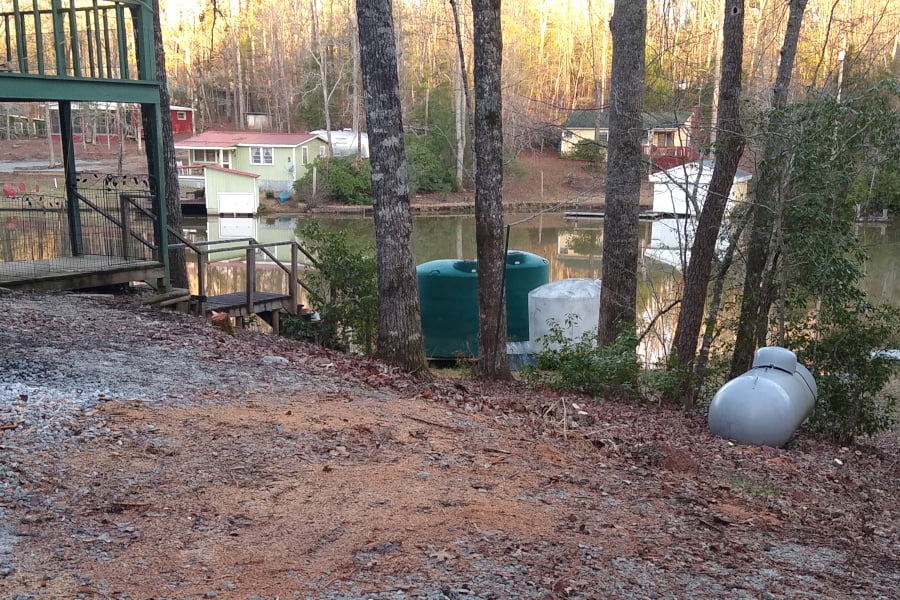 One thing that had been a big concern was how to relocate the bee hive that was positioned near the dock at the base of the trees below the job site. We had asked weeks before if any of our friends would be willing to provide a foster home for the bees during the work on the addition. We had volunteers from across the lake, but the rule of thumb I had always heard for moving a hive of bees is – Less than 3 feet or more than 3 miles. If one moves a hive less than 3 miles but more than 3 feet, there is a risk that foraging worker bees will return to the old hive site, find it missing, and be unable to locate the relocated hive by the smell of their queen’s mandibular pheromone. These confused, homeless workers will then die of exposure, and the mother colony will lose the benefit of the stores they might have gathered, and the heat they might have generated inside the hive. The end result will be a drastic reduction in colony population in the short term, and the colony might even starve for lack of the resources the missing foragers didn’t bring in.

At the eleventh hour, we finally received permission to bring the hive to a dear couple of friends who live several miles away. But their kind offer turned out to be moot. When we went down to prepare the hive for transport, it was empty of any living bees. There was plenty of stored honey and pollen in the hive, and this colony had been our strongest one going into the winter. It was a shock to find them all gone. There weren’t a lot of dead bees in the hive either. We guessed that the colony had left either due to the smell of the smoke from all the deadwood burning we’d been doing or they finally got fed up trying to fight off all the ants who were continually milling around the hive. Whatever the case, in leaving they had solved the problem of what to do with them during the construction.