While we were waiting, we removed the citrus trees from the basement where they had been overwintering. Once the trees no longer needed the warm enclosure of the basement, we demolished the wood-framed wall on the side of the basement behind where the stairs had been, and removed the entry door from the side of the basement. We also had the folks from Coster Heating and Air in Seneca, SC come out to uninstall the mini-split air conditioner that had been serving the living room and kitchen. That unit will be stored on site, and then re-installed on the opposite side wall of the original house once the new siding, windows, doors, and new electrical service are finished. 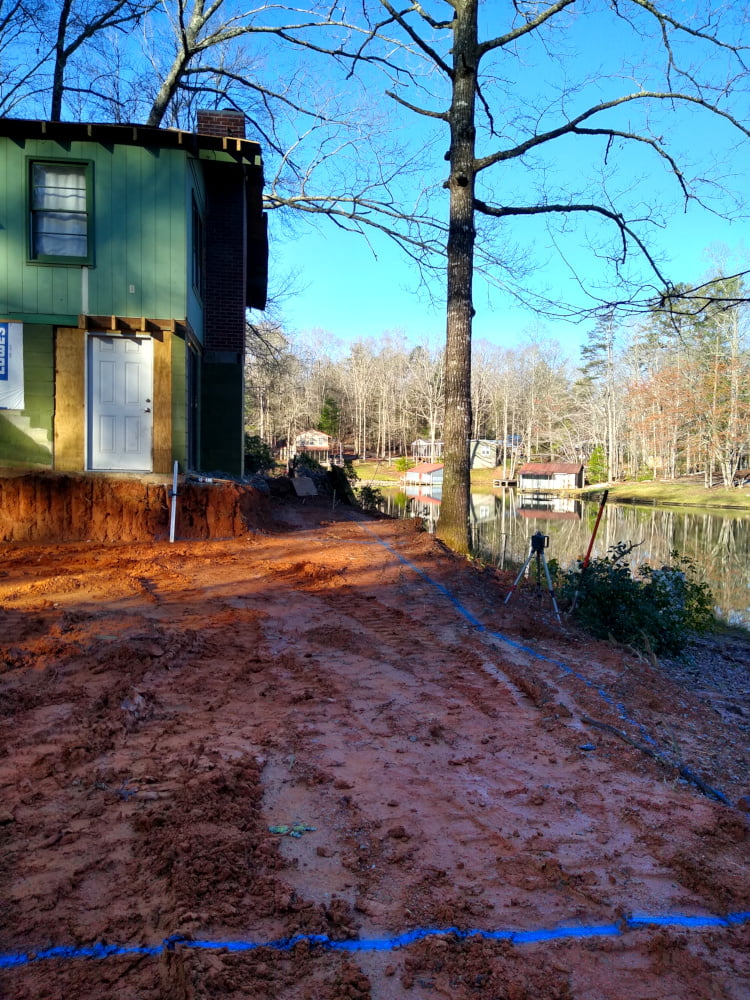 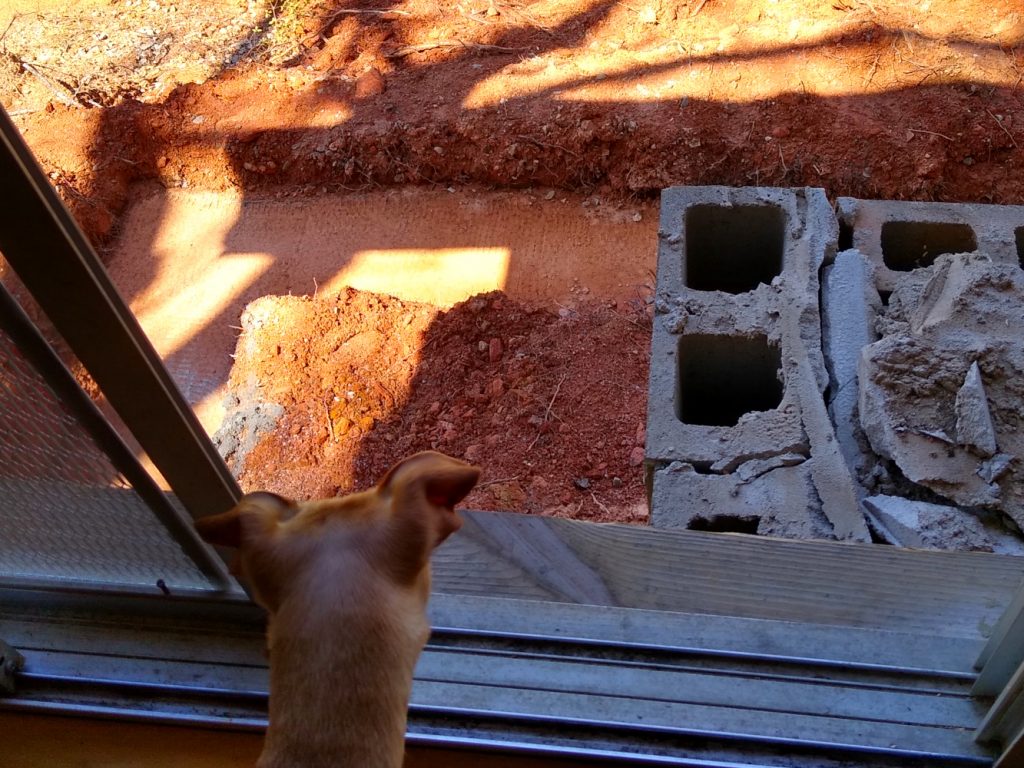 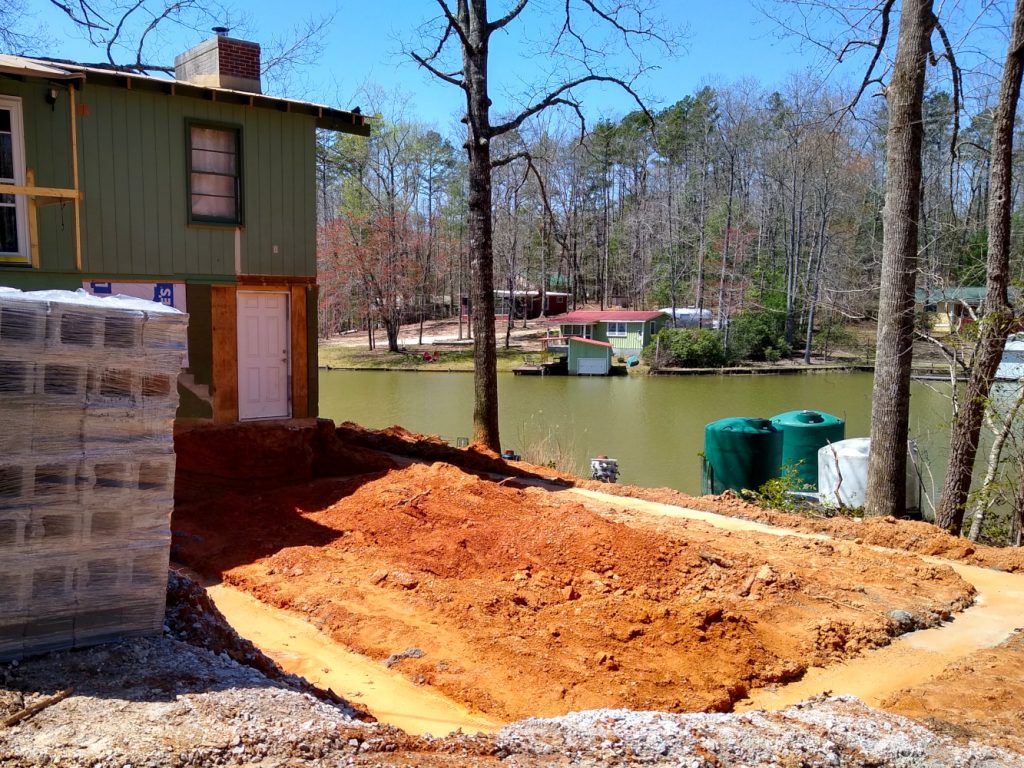 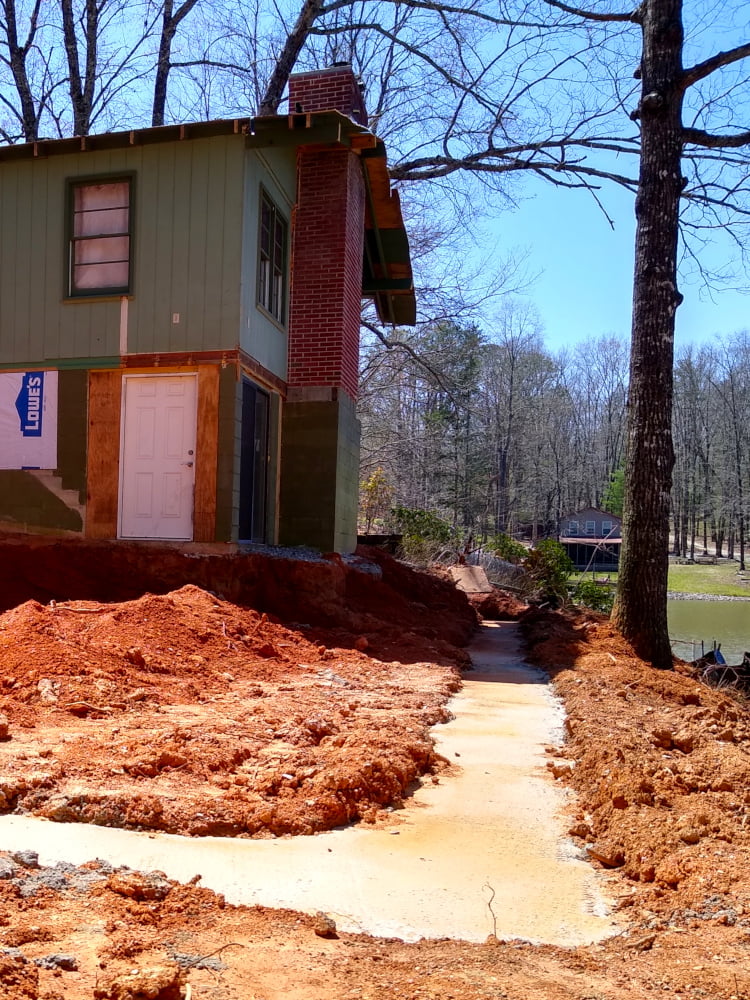 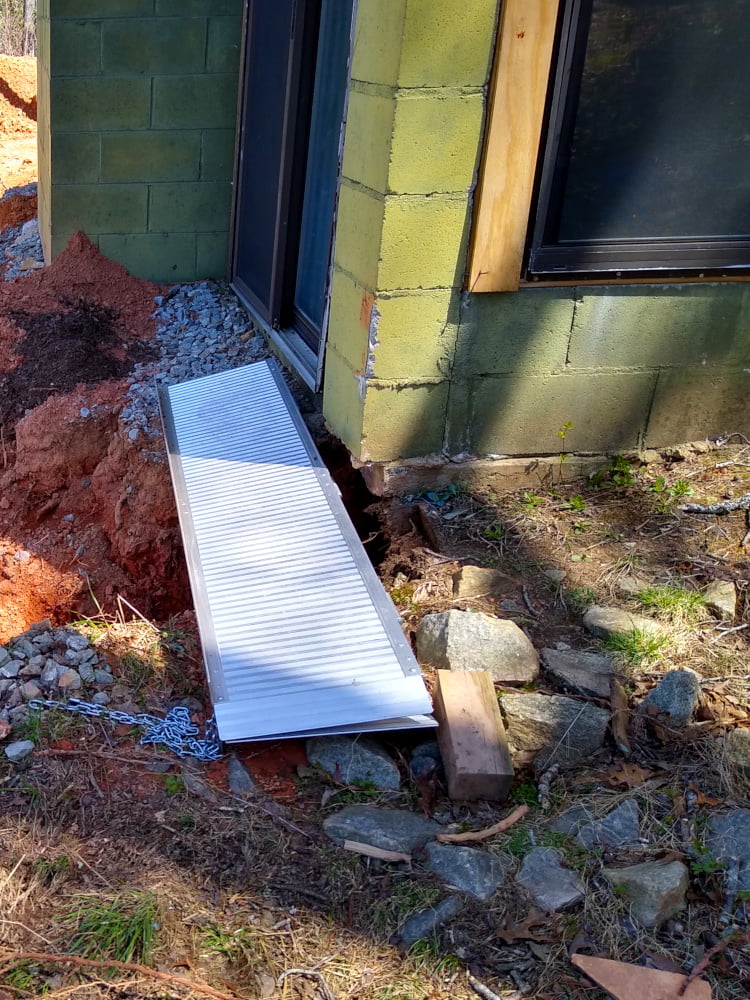 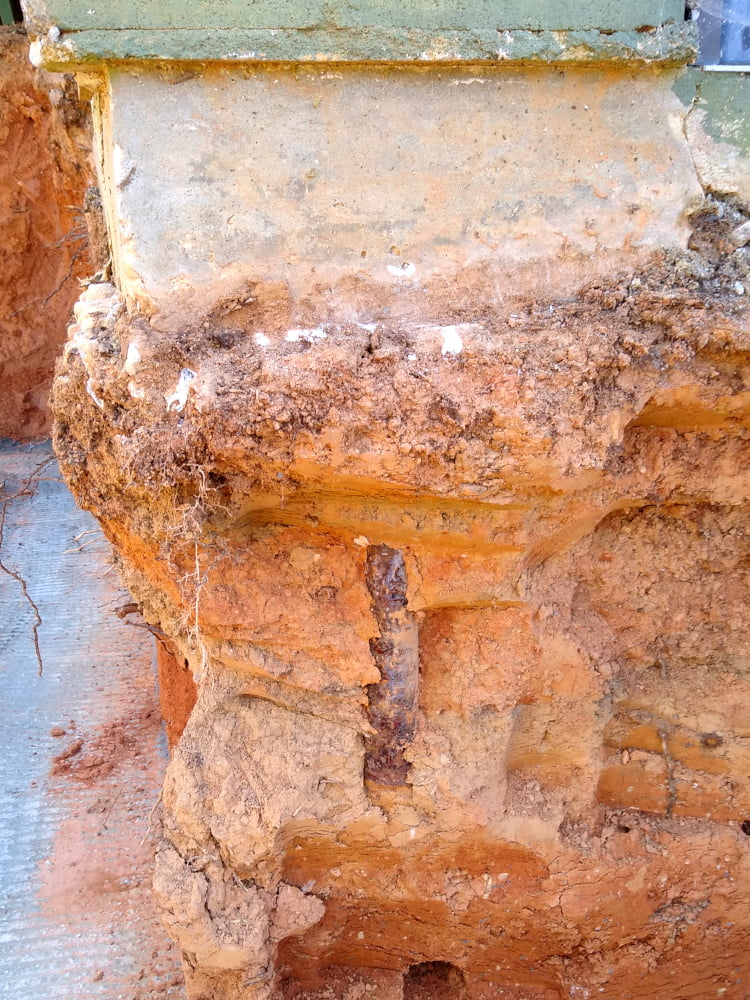 The layout markings show just how close the footer trenching came to the remaining tree at the front of the house. I hope and pray that the trenching didn’t damage this tree’s roots so much that it will die. Thankfully, if it does die, the roots on that side have been cut so it won’t pull up the house foundation on its way down if it blows over.

With the decks removed that first step out the front (lake side) sliding glass door was a doozy. Note the block that Casey knocked loose with the track hoe while demolishing the front deck. Our little dog – Hope – was very nervous throughout the whole construction project. In fact, both Grace and Hope reacted very poorly to having their routines disturbed. If the truth be told, so did Sue and I. Once the trenches were dug, we learned just how little the front of the house had been resting upon. The rusted pipe shown in the last photo in this collection is apparently all that is left of a helical post foundation member drilled into the clay when the house was constructed. Who knows whether this post was set into anything substantial? There is certainly nothing substantial holding up the lake side of the house nowadays except the chimney.

After the stairs were removed, and the footing trenches were dug there was no longer an easy way into the basement since the original side entry door was now “floating” several feet above the inboard addition footing trench. We used a ladder for a few days to get in there, but once the inboard block wall for the addition basement was laid, that avenue was blocked. For a couple of days we were just jumping across the ditch at the opposite front corner of the basement, until we hit on the idea of laying the van loading ramps over the chasm. The bridge was rickety, but at least it allowed us to get in there to do the laundry.